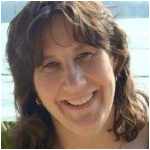 Kelly’s full CV is so very congested, it is difficult to do it justice here! She is a member of the prestigious American Society of Journalists and Authors (ASJA) and the Society of Professional Journalists (SPJ), has 25 years of professional writing and editing experience and a professional level in search engine optimization skills, among numerous other accolades.

Kelly has sold thousands of pieces of her writing to magazines, newspapers, online sites, encyclopedias and literary journals. She has published eleven full-length books, and has contributed material to more than a dozen other books. Her book, Trail Magic, is being made into a PBS documentary with a release date of May 2015.

For four years (1997-2001), she served as managing editor of Northern Ohio’s Over the Back Fence, which profiled the art, history, intriguing people and fascinating places along Lake Erie’s shores. It was also nominated by Writer’s Digest for their Top 100 Award in 1998 and 1999.

Since February 2000, Kelly has been teaching writing online through the Writers Online Workshops programme by Writer’s Digest, and speaks regularly on communications issues at writer’s conferences and workshops, including at the American Society of Journalists and Authors Writers Conference, held in New York City.

WINNING WORDS WRITE, EDIT, TRANSLATE LTD is a registered company in the UK with the company number 09757362.